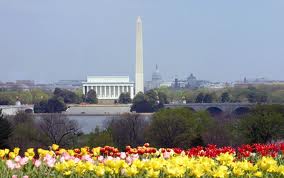 HJ Planners often assists couples who live outside the District who have chosen Washington D.C. as the location for their destination wedding. To us, it’s not surprising that many soon-to-be-married pairs choose the historic city for their nuptials: Washington D.C. is well-prepared to handle visitors, has plenty of (free) museums for guests to visit during their stay and offers numerous venue locations for celebrations.

Built for a Wedding

Washington D.C. thrives around big events, and not just political ones. With innumerable hotel rooms, restaurants, and easy-to-manage public transportation (thank you Metro!) the city is literally built to handle thousands of visitors. Historic venues like DAR Constitution Hall, the Carnegie Institute, Decatur House and Corcoran Museum combine historical American architecture and modern-day American culture to serve perfectly as the backdrop for any party – particularly a wedding.

The Newseum, Woodend Sanctuary and embassies present a different way to incorporate the city’s unique attributes into a celebration. The Newseum provides fabulous views of the Capitol from its 7th floor event space, Sanctuary a glimpse of the city’s natural surroundings that many strive so hard to preserve and embassies an understanding that what makes America such a melting-pot is its openness to other cultures and countries.

Not only do many venues allow ceremonies on-site, but there are also churches available for any denomination. JFK worshiped at Holy Trinity Catholic Church; Luther Place Memorial Church openly celebrates the recently legalized gay weddings. The National Cathedral offers a great locale for couples looking for a big venue that screams America.

D.C. is constantly changing. Thanks to being one of cities that was least affected by the housing crisis, the economy has remained relatively stable, if not stronger and larger. This means an increase in the number of available vendors as well as the reliability of established vendors. Tom and Ashlee Van Veen of Documentary Associates continuously re-think ways to photograph couples among the backdrops offered by D.C.’s monuments and venues. Edge Flowers and Chica Chica Boom Boom can create any floral and event design to compliment a couple’s tastes and venue’s needs.

Want a food truck at your wedding? No problem. D.C. has recently experienced the food-truck craze, and has even formed an association for food trucks in the area.

Whether classic or contemporary, Lettering by Lynne provides invitations to suit every taste. Speaking of taste, Main Event Caterers offers contemporary, unique and flavorful bites suitable for any event. Fluffy Thoughts bakery and Stephanie the Baker can create any mix of cake, filling and frosting flavors that are sure to wow guests.

And We Send You On Your Way…

D.C.’s accessibility is one of its best attributes. Not only do the area’s three airports make it easy for guests to travel, but it also makes it a breeze for couples to jet off on their honeymoon. When having the perfect wedding is a simple as jumping off a plane, and having a wonderful honeymoon as simple as jumping onto one, it becomes even clearer why more and more couples are clamoring for destination D.C. weddings.