See you at the rehearsal dinner! 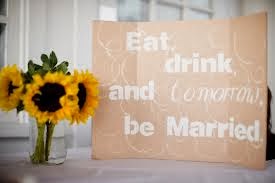 D.C. weddings are unlike other weddings. Not only does the D.C. atmosphere add a unique touch to each celebration, but weddings in the District are, many times, also akin to destination weddings.

After living here for a little while, I learned that it’s quite rare for someone to be actually from the District. The closest many come to being “from the District” is having grown up in one of D.C.’s outlying suburbs.

Instead, what’s common is for brides and grooms to be from somewhere else, like another state entirely, but to have resided in the District for some time, either years or months. For whatever reason, perhaps their jobs or love of D.C., these couples decide to have a wedding in the District.

The result of this is that almost every guest attending a D.C. wedding is from out of town - or at least far enough away that driving home at the end of the night is difficult. This adds up to – voila! – a destination wedding in the District!

This leads to problems with creating a guest list for a rehearsal dinner. Traditionally, a rehearsal dinner provides out-of-town guests with a welcome, an opportunity to see the soon-to-be married couple, and a meal. It is a “thank you” to those who chose to travel long distances for the wedding. With everyone from outside D.C., however, couples marrying in the District are often unsure who to invite to a rehearsal dinner, or how to draw the line on whom NOT to invite.

The debate is understandable. Inviting every out-of-town guest can lead to a huge rehearsal dinner and, in effect, a second wedding. Not only does this increase the cost of the rehearsal dinner and impact a couple’s wedding budget, but it also means spending more energy planning and organizing something other than the ceremony and reception.

Before diving into how to avoid turning your rehearsal dinner into a second wedding reception (a pre-reception, if you will), I must explain that guests understand. Guests are not clueless; they know that a couple isn’t originally from D.C. and understand why there is no scheduled traditional rehearsal dinner.

This leaves couples with a few options:

A dinner for immediate family and the wedding party only: this means that no guests are invited to the rehearsal dinner. This option is more than suitable for almost any large wedding, including those where the majority of guests are from out of town.

A cocktail reception for everyone: opting for a relaxed cocktail party with light appetizers means that all guests get to mingle with each other and the couple. It also means that the couple must do much less planning and budget spending for their rehearsal dinner.

A combination dinner and cocktail hour: invite immediate family (grandparents, parents, and siblings) and the wedding party to dinner, then follow up with a cocktail party for all guests. This option requires a little more planning, but allows couples to give every guest something special the night before their nuptials.

A Sunday brunch: morning and mid-day meals are less expensive than dinner. Hosting a day-after buffet brunch in which guests can arrive and depart whenever they want usually takes less of a toll on a couple’s wallet and requires less planning. Eliminating alcohol at the brunch often makes it more affordable.

Whatever option is chosen, the rules are to